Written by Igor Vračar
Updated over a week ago

It can be overwhelming to figure out which ones actually matter to you and how these numbers relate to your goals. Here's a brief overview of vooPlayer insights.

The summary bar next to the engagement graph displays overall data for the viewers of the video. 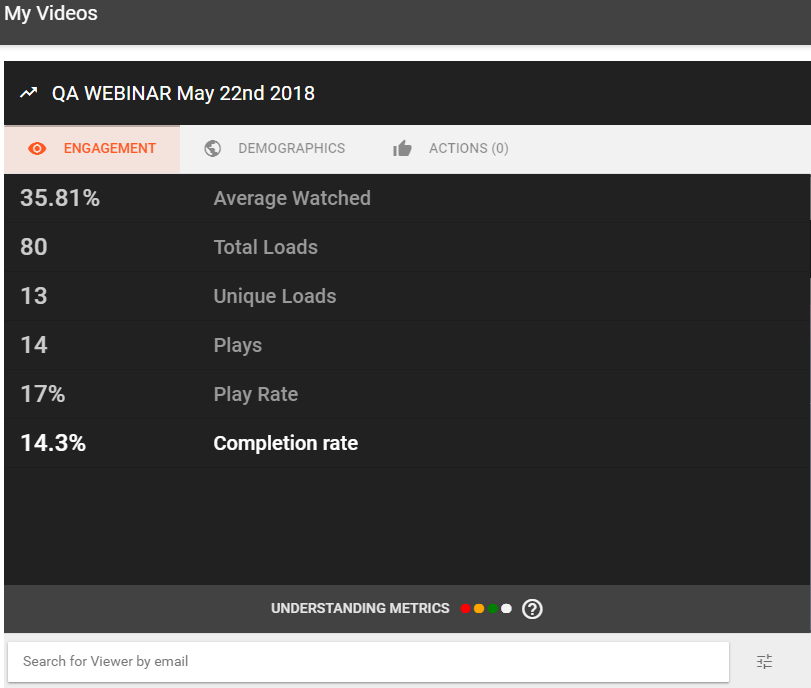 You can use this for high-level data comparison—like percent of viewers who clicked play, percent viewed, and total time watched.

Confused about how we got these numbers? Here's a quick summary of what each metric is.

Engagement graphs show how the audience as a whole has viewed your content, whereas viewer-based heat-maps show how an individual watched your video. 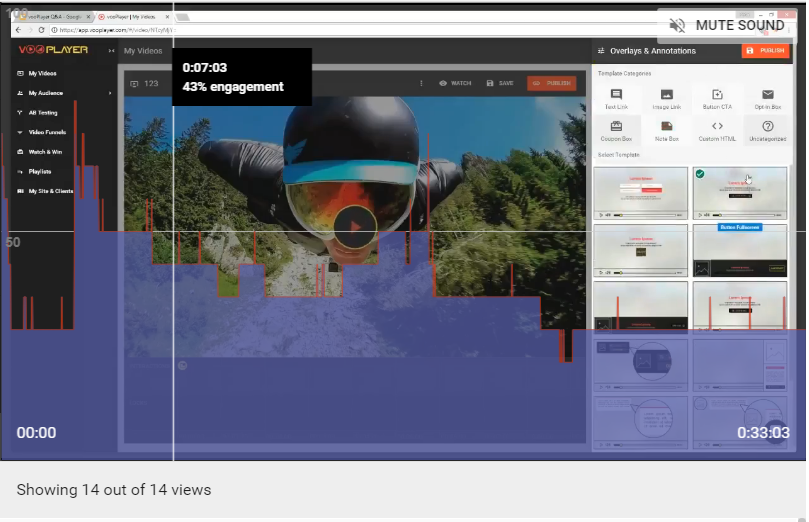 The engagement graph allows you to see how your whole audience is watching your content. You can see which sections of your video your viewers rewound and watched multiple times, and which sections they stopped watching. Drop offs show where your audience stopped paying attention, and big spikes indicate a section of the video that people found compelling enough to re-watch.

Move your cursor over the graph (from left to right) to see the specific information and frame in the video, and click the graph to play the video from that point. All of this information can help you optimize this video and guide you in making videos to better engage your audience in the future.

A video heatmap is a graphical representation of a single viewing session of your video. Each public viewer of a vooPlayer video is assigned a heatmap, which shows the specific interaction they had with the video.

Heatmaps are a powerful tool for understanding how certain users watch your videos. Is there a specific topic that is interesting to viewers from your email campaign? Do international viewers tune out quicker than local ones? When are the most engaged viewers watching your videos? This information and more can be derived from heatmaps. 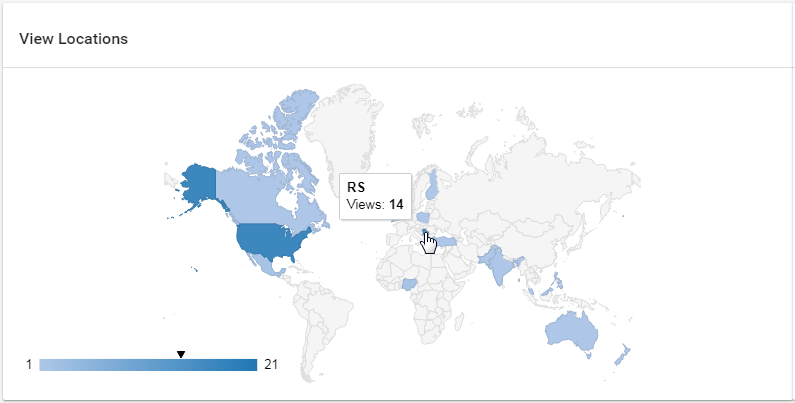 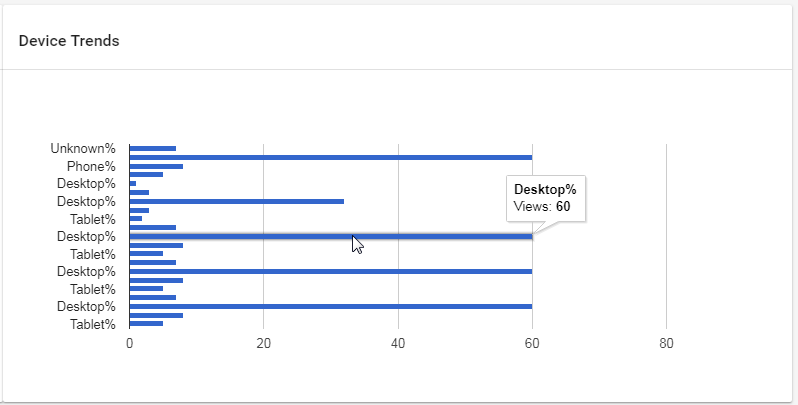 If you're building a site with video, or just testing things out, you've probably loaded (and played) your videos a few times. This means your stats might be a bit skewed.

Here is how to Reset Analytics:

Did this answer your question?